After returning from attending the Oracle Modern Supply Chain Experience Conference on the West Coast, we find our news desk brimming with lots of business news with supply chain management implications.  Thus, the following blog postings will be summaries of news developments with their associated supply chain implications.

We begin with Apple, which this week reported financial results for the company’s fiscal 2018 first quarter that ended in December and included the all-important holiday sales period.

Overall, given the challenges, the financial results were impressive:

However, embedded within the numbers are growing warning signs from a business and overall product supply chain perspective. 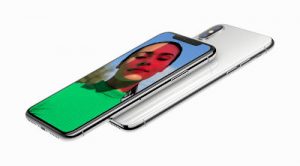 Total smartphone units shipped during the latest quarter dropped one percent to 77.3 million units. In mid-December and in early January, news from Apple supply chain sources leaked out indicating that iPhone X sales were lagging below forecast, and that production cutbacks were forthcoming.  Last week, widely followed KGI Securities analyst Ming-Chi Kuo, who had been indicating in December that sales of iPhone X were below production estimates, issued a research note last week indicating that weak sales of the new premium model would cause Apple to suspend production this summer. Kuo indicated in the advisory that Apple would likely incorporate the premium high-end phone’s advanced technology features into a new series of smartphone models.

Earlier this week, both Nikkei Business and The Wall Street Journal cited informed sources indicating that Apple had slashed current quarter planned production for the iPhone X in-half to 20 million units, down from the original plan of twice that volume.  Apparently, all of that planned pent-up carryover of consumer demand for the new model did not occur.

In its report this week, Apple declared to equity analysts that its revenue forecast for the current March ending quarter is in the range of $60-$62-billion, below the consensus analyst expectations of nearly $67 billion. That was another reinforcement of growing concerns.

At the time of Apple’s series of new product announcements that occurred in September 2017, Supply Chain Matters opined that the coming quarters will present Apple’s sales and operations planning, supply chain planning and supplier teams their most significant challenges to-date in insuring revenue and profitability objectives are supported. That indeed appears to be what is occurring. Thus far, the supply chain response has been admirable, given the series of challenges of planning and adjusting output levels among four simultaneous iPhone models across different segmented supply chains. We also noticed discernable retail partner promotions of new iPad tablet sales, most likely to make-up for any potential revenue or profitability shortfalls.

In the area of design for supply chain and manufacturability, the iPhone X provided its set of unique challenges. To the credit of contract manufacturer Foxconn and other select component suppliers, lots of efforts were dedicated to make-up for lost time and improve manufacturing output yields.

As Supply Chain Matters and other business media have consistently pointed out, when Apple sneezes or stumbles, the entire supplier ecosystem feels the effects in their own individual financial performance. Nikkei Asian Review reported earlier this month that Apple Asian suppliers are bracing for a very slow Q1 with some suppliers such as camera lens supplier Largan Precision already experiencing declines in total revenues, as well as strong headwinds among other top-tier smartphone manufacturers besides Apple.

All of these reports continue to reinforce that Apple’s hardware supplier ecosystem has more at-stake with any decline in both output and revenues related to the iPhone line-up. While Apple can augment its profitability machine with added recurring services and applications revenues, the hardware supplier base pins financial fortunes on riding the Apple product volume wave.

The coming three quarters will provide more added challenges for Apple’s supply chain management teams. The trend of such efforts is shifting from cranking out more hardware output to balancing output with timelier and synchronized new product introduction, with deeper planning and analytics capabilities to assure expected delivery of product revenue and margin outcomes. Coupled with these efforts will likely be a stepped-up effort in improving tense supplier relationships that are becoming more concerned that financial fortunes cannot be pinned on Apple alone.

For Procurement Teams, Keen Analysis, Intelligence and Internal Collaboration are the Keys for Controlling Costs as well as Risks

U.S. August PMI Activity Should Be of Some Concern