Global consumer electronics manufacturer Apple indicated this week that the company’s ten-year old goal to have all owned facilities 100 percent powered by renewable energy sources has been achieved. While Apple deserves credit for this achievement, the scope of this announcement does not include major elements of its global supply chain.

Earlier this week, this Editor had the opportunity to attend the MIT Center for Transportation and Logistics Annual Crossroads supply chain technology forum.  Supply Chain Matters will provide highlights of that conference in a subsequent blog entry.

One of the post conference events was a talk from noted MIT Professor Dr. Yossi Sheffi outlining the premises of his newly released book: Balancing Green- When to Embrace Sustainability in a Business (And When Not To).

Dr. Sheffi shared a number of observations regarding the interrelationships of sustainability initiatives and supply chain management strategy, including a declaration that it is all about the supply chain and its product value-chain strategy. Supply Chain Matters shares in supporting that viewpoint.

One particular area touched upon was this week’s Apple’s announcement. However, Apple indicates in the announcement that only 10 percent of current suppliers have a similar renewable energy commitment. Added was that nine additional manufacturing partners have now committed to power all of their Apple production with 100 percent clean energy, bringing the total number of supplier commitments to 23. Apple is estimated to have upwards of 200 total major suppliers, thus roughly 12 percent of the product value-chain would be included in stated objectives. 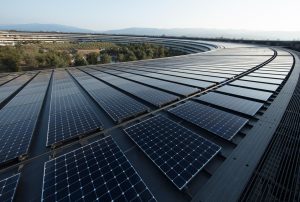 Regarding this week’s Apple announcement, Professor Sheffi observed a reality that the global consumer electronics giant, along with other consumer electronics firms, outsources most value-added production to contract manufacturers and overseas services suppliers. Apple is not alone in utilizing outsourcing as a strategy not only directed as cost efficiency, but in the outsourcing of certain risk exposure, including that of sustainability. As an example, contract manufacturing services providers can generally manage to garner only single-digit margins in their overall services, and thus profitability has to be leveraged by higher manufacturing volumes with the lowest resource costs or adding more product value-added services. The notions of lower-cost manufacturing therefore take on many dimensions, both cost and risk avoidance in-nature.

As The Wall Street Journal cited in its coverage of this week’s announcement from Apple:

“While becoming 100% dependent on clean energy at its facilities is an achievement, environmental experts said the bigger challenge will be making the manufacturers of the more than 200 million iPhones and 43 million iPads it sells annually wholly dependent on renewable energy.”

Do not misconstrue such remarks in that Apple has been, for many years, one of the leading corporations with a declared and measurable commitment toward active support and sustained commitment toward global sustainability needs and objectives.  The brand-new Apple corporate headquarters building in Cupertino is a testament to a totally sustainable campus. Apple rightfully deserves praise for that commitment.

But as Professor Sheffi, other experts, and this blog have often observed, the challenge remains in addressing outsourced supply chains, which from inception, were created for added cost savings and reduced risk exposures. For some it has been too comfortable to include the outsourcing of environmental and social risks under the umbrella of outsourcing. While that remains a dark side of supply chain strategy, we must acknowledge that global influencers such as Apple and others have pledged to continue to drive toward inclusion of all product value-chain operations in their sustainability and social responsibility objectives. 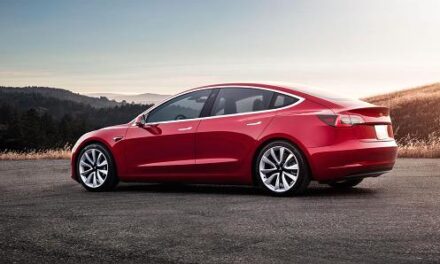