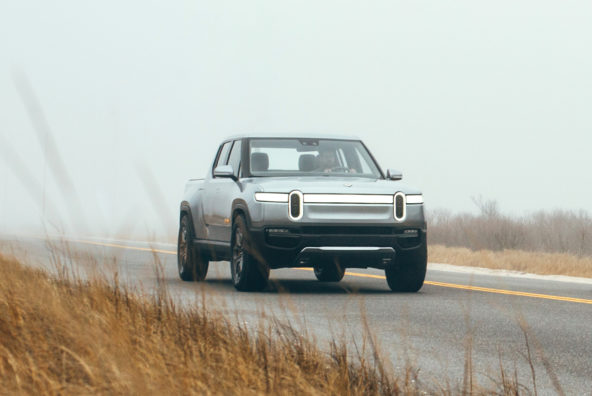 Last week, electric vehicle start-up Rivian Automotive announced plans to invest in a second U.S. production facility to be located east of Atlanta Georgia. This facility, will produce both batteries, vehicles and delivery vans and is estimated to employ 7,500 workers.

The facility, which will be constructed on a swath of farmland and pine forest about an hour’s drive east of Atlanta, is being designed to be able to eventually employ 10,000 workers. According to Business Broadcasting Network CNBC, at its full dimensions, this would make this facility among the largest auto production facilities in the U.S.

Plans call for breaking ground in the summer of 2022, with production targeted to start in 2024.

The EV designer and producer currently operates a production facility in Normal, Illinois, which began production operations in September of this year. Rivian had the opportunity to acquire this former Mitsubishi Motors automotive assembly manufacturing in 2016.

Reporting indicates that a number of U.S. States provided incentive packages to lure the start-up, the most prominent being the State of Texas. While no specific incentive related numbers have been shared by Georgia state officials, the incentives are believed to be in the $400 million range, similar to an incentive plan provided to Kia Motors fifteen years ago to build its production facility in Georgia.

Founded in 2009 by R.J. Scaringe, with the vision of becoming the next iteration of Tesla in technologically innovative EV design, production and distribution logistics, this start-up spent its initial years in designing and developing what is today the RiT electrically powered pick-up truck, with a reported list price north of $67,000, and the RiS sport utility vehicle with a similar base price.

Investors include Ford Motor Company, Cox Enterprises and Amazon. The latter provided an investment in September 2019 for the design and production of 100,000 new all-electric vans taking an equity stake in the company as part of the deal. That equity stake now stands at 18 percent.

The new plant announcement came in conjunction with the company’s first report of financial results after going public. The company reported third quarter revenues of $1 million and a net loss of $1.2 billion, amid higher new model development and production start-up costs. In reporting financial performance, the company warned that it expects to be a few hundred vehicles short of the 2021 production target of 1,200 vehicles.

In prior Supply Chain Matters commentary, we have observed that the attraction to Rivian and other new EV start-ups may well be the underlying technology, the spirit of and resourcefulness of a management team, and the similarities to a Tesla in tendencies to disrupt existing industry norms such as independent dealerships, coupled with technology updates delivered by continuous online software upgrades.

As to whether Rivian can operationally scale to deliver volume ramp-up and other new product commitments related to high-end autonomous pick-up trucks, SUV’s or other vehicles remains a work in process.

One of the painful lessons for Tesla was in not initially understanding the specific challenges involved in operating a large-scale volume automotive assembly facility, coupled with an agile and responsive global supply network. Tesla learned the lessons the hard way, and in what Founder Elon Musk described as “production hell.” The company is now ramping-up a global wide volume manufacturing presence, with two additional production facilities planned for being operational, one near Austin, Texas and the other in Berlin, Germany.

Rivian and other new start-ups are hopefully wiser in garnering the learning that one of the most important needs is in investing in experienced supply chain and manufacturing operationally experienced talent. The ability to boast in having what could be one of the largest U.S. EV assembly plants in the U.S. comes with a deep awareness that this requires an investment in a highly skilled operational workforce, and a time when many companies are struggling to recruit for such talent.