Another Report of Troubling Labor Concerns Involving an Apple Supplier

The Supply Chain Matters blog has highlighted for our readers multiple recent developments relative to labor or other abuses allegedly being conducted by suppliers involved in the Apple iPhone supply network.

We have called reader attention to recent incidents involving contract manufacturing services provider (CMS) Wistron at a its facility located in Bangalore India, and two of CMS Pegatron’s facility in China. 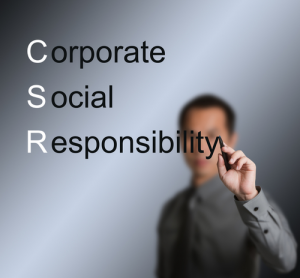 In the former, workers had rioted and destroyed property over claims that they had not received pay and had been forced to work overtime. That situation was quickly addressed by Apple, a subsequent apology from Wistron management with a commitment to fix the problem in a timely manner. The latter, which came to light in November, involved labor violations regarding a student workers program, where alleged misclassification resulted in allowing students to work nights and overtime and subsequent cover-up the incidents, a violation Apple’s Supplier Code of Conduct. Pegatron was placed on supplier probation, meaning it would not receive new work. There has been no word from Apple as yet regrading any action related to Wistron.

This week, the Washington Post adds to the reporting of such alleged abuses.

According to the WP published report made available this week (Paid subscription or metered view), one of the oldest and most well-known iPhone suppliers has been accused by the human rights group Tech Transparency Project of utilizing forced Muslim labor in its factories according to documents uncovered by and shared exclusively with the labor rights group and the Washington Post publication. This report indicated that the revelation adds new scrutiny to Apple’s human rights record in China.

Noted in the report is that: “…thousands of Uighur workers from the predominantly Muslim region of Xinjiang were sent to work for Lens Technology. Lens also supplies Amazon and Tesla, according to its annual report.”

Further noted is that:

“Lens Technology is one of at least five companies connected to Apple’s supply chain that have now been linked to alleged force labor from the Xinjiang region, according to human rights groups. Lens Technology stands out from other Apple component suppliers because of its high-profile founder and long, well-documented history going back to the early days of the iPhone.”

This supplier reportedly employs upwards of 100,000 workers with a corporate family of 16 companies, including those that supply glass for the consumer electronics industry. The company was founded by a young Chinese woman from a poor village who went on to subsequently become recognized by Forbes as the world’s richest self-made woman with a net worth estimated at more than $15 billion.

For its part, an Apple spokesperson indicated to the WP that the consumer electronics provider has zero tolerance for forced labor and has confirmed that Lens Technology nor have any other suppliers are utilizing labor transfers of Uighur workers from Xinjiang. Reportedly, Lens Technology did not respond to a request for comment from the Washington Post.

The report further indicates that the Chinese government has helped to facilitate the transfer of workers from Xinjiang to work in other electronics factories across China, possibly with ties to Apple and other consumer electronics manufacturing supply networks.

Another backdrop to this development is that there is pending legislation before the U.S. Congress that would hold companies accountable for utilizing forced labor from this specific region.  Some allege that the timing of human rights groups revelations may coincide with these other backdrop developments. Readers will have to make their own judgements.

These recurring reports of incidents involving a highly visible consumer electronics manufacturer are likely a result of many compounding factors. As noted in prior commentaries, significant ramp-up of iPhone 12 production volumes in conjunction with the soon to be completed holiday fulfillment period are one factor. The noted efforts to introduce legislation regarding human rights concerns such as forced labor is yet another.

We submit that the broader view is that the ongoing global pandemic has placed an increased scrutiny on corporate social and ethical responsibilities, and rightfully so. There is an increased belief that the COVID-19 pandemic has undone many human rights gains that companies have made in recent years.

We have elected to include in our 2021 Predictions for Industry and Global Supply Chains our prediction that more active focus and support of business sustainability and corporate social responsibilities are now essential in the coming years, in the aftermath of the pandemic.

High visibility companies such as Apple, producing premium products for various global markets, with highly recognized branding and reputation, will continue to be placed under the looking glass for commitment and effectiveness of CSR efforts. Having a high presence in China or other lower cost manufacturing regions adds to such visibility by global and local human rights groups.

Business and supply chain management leaders need to come to the realization that access to global labor pools and global markets come with the need for transparent, well recognized and action-oriented CSR and sustainability practices. That is how global consumers will increasingly view brands and companies.

For its part, Apple has a significant magnitude of supplier spend that provides a strong influence among global supply networks. That is why large or influential companies need to remain taking the lead in proactive and visible efforts.