Another Food and Grocery Industry Thunderbolt from Amazon

The grocery and food industry in the United States suffered another business shock yesterday. A series of announcements related to the previously announced Amazon acquisition of Whole Foods added more stark reality to what is to come.

The first shock occurred in mid-June with two concurrent announcements a day apart.  They included Amazon’s intention to acquire Whole Foods Market for more than $13 billion, a clear and obvious effort to directly penetrate the retail grocery landscape. The other came from Kroger Company, one of the largest retail supermarket chains in the U.S., who issued unexpected lowered earnings forecast for the year. The aftermath of that news caused Kroger’s stock to drop by 19 percent, the steepest one-day drop for the company’s stock in more than 17 years.

“In the history of any industry, along with its associated supporting supply chains, there comes a seminal series of events that ultimately point to a major inflection point, one that clearly indicates that business-as-usual is no longer an option. For the food and grocery industry, and all its supply chain stakeholders, the year 2017, in the second week of June, two thunderbolt events ignited a seminal industry change.”

The industry shocks continued with yesterday’s announcement from the U.S. Federal Trade Commission indicating the agency will allow the Amazon acquisition deal to continue, electing not so pursue the deal further. That was followed by a statement from Whole Foods indicating shareholder approval of the Amazon deal.

A report from business network CNBC followed highlighting statement by Amazon indicating that it expected the acquisition deal to close on Monday, a record time by Wall Street standards, especially a deal of such size. Amazon further indicated in a series of statements, plans to integrate Amazon Prime into the Whole Foods ecosystem, with Prime members eventually receiving “special Whole Foods savings and in-store benefits.” Amazon didn’t disclose how long that would take, but said it would first need to integrate Amazon Prime into the Whole Foods point-of-sale system. Once complete, the offers will begin and eventually Prime will become Whole Foods’ customer rewards program. There were further indicators from Amazon executives announcing immediate price cuts on a wide variety of Whole Foods grocery and other food items, and Amazon’s intent to offer Whole Foods 360 private food label brands to Amazon’s customers, signaling to the broader industry that the market disruptor was signaling intent to move faster in business model integration.

The result of all of yesterday’s announcements caused stocks of the six largest U.S. food retailers to lose upwards of $12 billion in market value. The obvious concern is that Amazon’s style of investing aggressively including offering goods at a loss to seize market-share and customer loyalty would once again play out.

From our lens, we anticipated that Amazon’s initial moves would center on lowering Whole Foods prices because of the deep pockets and positive cash flow machine that the online retailer has managed to build.

The open question, however, remains as to how aggressively Amazon approaches the integration of the existing Whole Foods distribution model. That question is more apparent after this week’s announcement of broad costs cuts, implying that margins need to made-up in added distribution efficiency cost savings.

The opportunity is the blending of Amazon Prime Now, Amazon Fresh, and subsequently the existing Whole Foods physical stores and distribution networks into a cohesive broad-based natural, fresh, and organic foods online customer fulfillment and physical store food retailing capability.  The effort will likely involve many moving elements, integration and technology IT challenges, and perhaps some cool applications of advanced technology.  When the announcements are eventually made that such integration efforts have been achieved, that will likely be the next thunder-bolt to strike food and grocery retailing, distribution, and manufacturing. 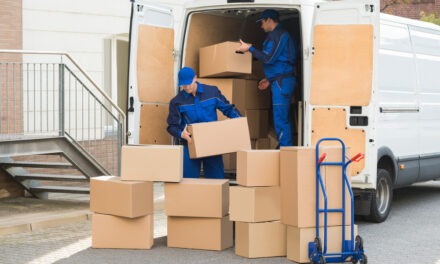 In Fast Fashion the Supply Chain Does Indeed Matter