Last week, the World Trade Organization authorized the United States to impose tariffs of up to 100 percent on upwards of $7.5 billion of products and components imported from Europe. The ruling was a result of a prior trade action appeal filed by the U.S. with the WTO, alleging improper direct government subsidies being provided by multiple European countries to aircraft manufacturer Airbus. 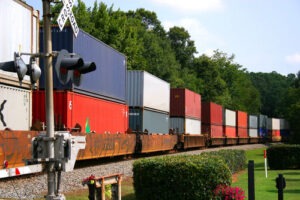 The notion of direct subsidies does not apply to Airbus alone. A similar complaint from the Eurozone regarding direct subsidies to Boeing was similarly termed illegal and will likely result in added European import tariffs on aircraft components and other consumer goods sometime by January of 2020.

The Trump Administration was quick to respond with the publishing of a prepared list of imported components and products to be imposed with upwards of 25 percent tariffs to be effective on October 18. The listing reportedly not only includes 10 percent tariffs on commercial jets and aircraft components, along with electro-mechanical tools and 25 percent tariffs on products such as coffees, artisan cheeses, whiskies, cordials and liqueurs.

The Trump Administration is also reportedly poised to impose import tariffs on European produced cars when a mid-November deadline arrives.

The most obvious impact of the proposed mid-October tariffs will be commercial aerospace supply networks. Airbus produces A320 and soon, A220 aircraft at its manufacturing complex located in Mobile Alabama. By some accounts, upwards of 40 percent of the components for such aircraft are sourced across the U.S., meaning that the remainder are imported from either Europe or other global regions such as China. That opens the potential of added contract prices for U.S. or North America based airlines purchasing such aircraft.

Aircraft industry media have been quick to observe that both Airbus and Boeing stand to be adversely impacted by these latest developments. Taken to the extreme, both manufacturers risk having their airline demand streams confined to the major regions of either Europe or the U.S., with the lucrative Middle East and Asian markets becoming a business and political competitive war zone.

Speculating on the WTO ruling and a potential Trump Administration response, Bloomberg pointed out the potential impact to the greater Mobile area which not only imports aircraft parts, but component parts for European automakers with manufacturing plants in the Southeastern U.S. region. This would include BMW, Mercedes, Volkswagen and other producers.  According to Bloomberg, 82 German manufacturers have operations in the region along with 51 French businesses. Thus, Automotive supply and customer demand networks would likely experience some margin, price or other impacts related to vehicles and aftermarket repair parts.

Our readers are well aware that trade conflicts and consequent dualing tariff actions have more political as opposed to pure line-of-business and supply chain implications. Specifically, Boeing’s efforts to return grounded 737 MAX aircraft back to operational service may be at stake if European safety regulators continue to take a hard line on the aircraft’s overall safety status.

Future added import tariffs for components sourced across the Eurozone are another obvious dimension that can impact other Boeing aircraft models including the yet to be released Boeing 777X next generation aircraft.

Bottom line, an expansion of trade tensions and tariffs involving the U.S. and the Eurozone are and will continue to be yet another disruption risk for supply chain management teams, especially for small and medium based business supplier and services participants.