An Industry Example of Sudden Supply Chain Disruption and Risk

In these times, dynamic and unplanned changes in either product demand or supply dimensions can impact just about any industry supply network. One evolving example involves agriculture and food supply chains, specifically the U.S. pork industry.

The U.S. based pork industry is currently experiencing a lot of dramatic disruptive change on both product demand and supply dimensions.

Pork continues to be a meat of choice within China and represents a growing domestic demand for pork-related products which is expected to eventually exceed available domestic supply. Once more, consumer concerns for food safety and environmental responsibility, have led to increasing demand for U.S. sourced pork and packaged pork products from China’s growing consumer class. That trend led up to the announced $4.7 billion acquisition of U.S. based pork farming and products producer Smithfield Foods by China based Shuanghui International Holdings in 2013. Shuanghui, which has a significant food supply chain presence in China wanted to spur growth in providing Chinese consumers broader choices in U.S. branded meat products sourced in the U.S. and exported to China. Since the acquisition announcement, Shuanghui International was renamed to WH Group. 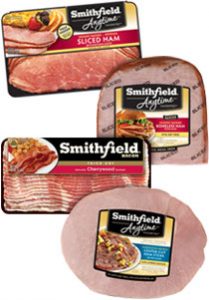 Fast forward to 2018, and a building trade war among the U.S. and China has complicated not only the WH Group acquisition, but current and future demand trending for the entire U.S. pork sector. The industry is now entangled in the crossfire of building trade tensions and in polarizing farmer political constituencies in both countries.

Responding to the initial $50 billion of imported trade tariffs imposed by the United States on specific imported products, China retaliated with slapping import tariffs on U.S. pork products. U.S. Midwest based pork farmers and producers have now felt the impact of such tariffs in sudden and significant drops in export demand.

The state of Iowa represents a significant presence of pork farmers and producers reported to be the highest concentration in the United States. A new Iowa State University study directed at the overall impact of current U.S. trade tensions and global tariffs indicated that pork producers in Iowa alone stand to lose upwards of $911 million, representing that State’s biggest financial impact. Soybean farmers also impacted by new Chinese import tariffs reportedly could be impacted in the amount of $520 million.

The net result of export demand suddenly being impacted by negative tariffs has been increasing U.S. domestic supply, leading to reduced U.S. market prices due to excess supply.

Hurricane Florence recently struck the U.S. North and South Carolina region with heavy winds and severe flooding. As we pen this posting, this region is still being impacted from additional flooding caused by numerous swelling rivers in the region, adding to additional flooding conditions that are now classified as catastrophic. 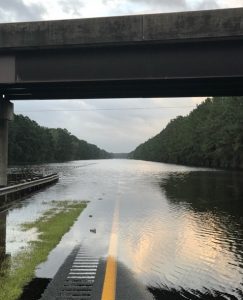 The state of North Carolina represents the second-largest pork U.S. pork producing state with a reported population of 10 million pigs. There are a reported 2200 hog farms across this state with 3300 lagoons that are utilized to hold animal waste which is treated with a special bacteria to breakdown the waste. This bacteria give lagoons a distinctive pink color.

When Hurricane Floyd struck the region in 1999 with similar catastrophic flooding, thousands of hogs drowned, while hundreds of these termed manure lagoons had to be subsequently shutdown because of their proximity to existing flood plain areas.

Thus far, because of ongoing conditions and recovery efforts, it is too early for pork industry officials to assess the overall impacts of Florence.

A September 19th update from the North Carolina Pork Council indicated that the extent of hurricane related impacts extends across 14 counties. Further noted was that flooding has caused one small hog lagoon to be breached and spilling over to four others, while an additional seven were near capacity. Last week, the North Carolina Department of Environmental Quality indicated that 21 of the pig-manure lagoons “overtopped,” releasing feces and urine into the environment with another 89 at-risk.

Once more, certain coal ash and industrial waste areas within the state have been reported as flooded, adding to building concerns of hazardous waste pollution conditions in either the Wilmington, Fayetteville, and Lumberton Carolina regions.

There are already initial reports from the North Carolina Department of Agriculture and Consumer Services indicating that 3.4 million chickens and turkeys have perished along with 5,500 pigs. These numbers may well rise higher as floodwaters finally recede and access is gained to farm and processing facilities.

Thus, there may impacts to domestic supply in the coming months as farms, facilities and local infrastructure is assessed and rebuilt where needed. There could possibly be some permanent supply impacts or shifts as-well.

This is but one industry example of how today’s global landscapes can change rather quickly and suddenly.

They are a continual reminder of unplanned and sudden risk and of demand and supply network risk mitigation and resiliency needs and capabilities.

Is your organization prepared for such shocks?