In March of 2012,Amazon.com agreed to acquire privately-held warehouse automation and robotics provider Kiva Systems in an all cash deal of $775 million. At the time, this was the biggest acquisition by Amazon since its 2009 takeover of Zappos.com, and added credence to the importance of this Kiva’s technology to Amazon’s online customer fulfillment strategies.

At the height of the 2013 holiday surge, when Amazon captured headlines with the announcement that it was prototyping delivery drones, our Supply Chain Matters perspective was that fulfillment center automation and how Amazon would leverage Kiva technology was the far more profound headline for online fulfillment teams to stay focused upon. A published Wall Street Journal article at that time reinforced this viewpoint and made note that Amazon had disclosed that it had 1400 Kiva robots already deployed in three of its fulfillment warehouses. An equity analyst from Janney Capital Markets was quoted by the WSJ as indicating that the Kiva technology “could help to pare 20% to 30% off the $3.50 to $3.75 cost of fulfilling a typical order...”

Last week, a posting published on Internet Retailer indicates that at Amazon’s annual shareholder meeting, CEO Jeff Bezos announced plans to have at least 10,000 robots deployed by the end of this year, as part of the E-tailor’s ongoing efforts to enhance same-day and weekend customer delivery capabilities. Obviously, industry insiders continue to connect the dots that point to Kiva technology as instrumental not to reducing margins and customer order fulfillment costs while helping to support more agile order fulfillment strategies.

The same robotics deployment plan can possibly be construed as a response to ongoing work stoppages involving worker disputes among Amazon global customer fulfillment centers.High volumeB2C firms operate within dynamic and seasonality driven environments where labor requirements are often flexed based on volume, while a core group of workers is retained to support defined steady-state fulfillment needs. Supply chain operations and fulfillment teams in these B2C environments seek maximum flexibility in labor costs and workers are increasingly becoming more interested in seeking a more influential voice in such compensation and hiring practices. Amazon’s reported initiatives in developing and deploying advanced robotics within fulfillment centers along with drones for delivery does not help in calming such agitation. The comments affixed to the Internet Retailer posting provide ample evidence of the reaction to robotics. 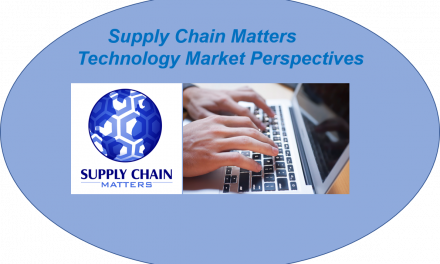 The Termination of the TradeLens Blockchain Platform- Are Lessons Being Learned?