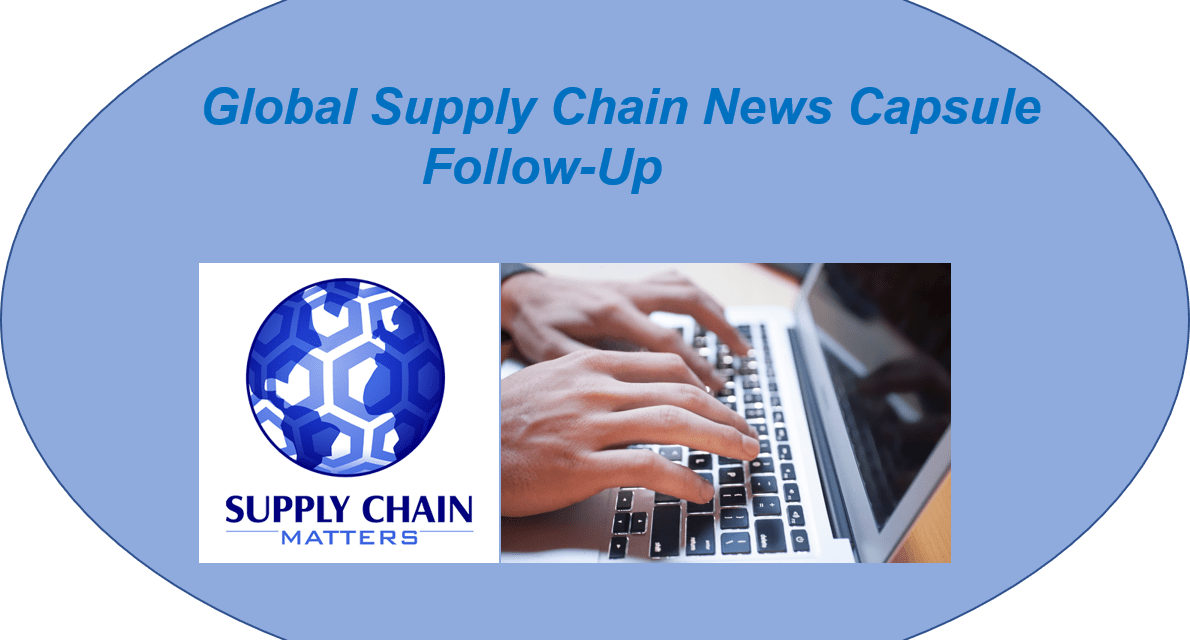 Amazon Union Vote Do Over

This week, a regional official of the U.S. National Labor Relations Board (NLRB) ordered a new labor union adoption election for the Amazon Bessemer Alabama customer fulfillment warehouse. The ruling was a response to the Retail, Wholesale and Department Store Union’s formal objection of the April election that alleged that Amazon had jeopardized a fair election in its actions to have the U.S. Postal Service install a mail collection box at the warehouse in view of site security cameras.

As Supply Chain Matters has highlighted, in the previous election held in April, out of 3,000 ballots cast, employees voted over two to one for no labor union representation.

The NLRB regional official indicated in her ruling that: “the employer’s flagrant disregard for the board’s typical mail-ballot procedure compromised the authority of the board and made a free and fair election impossible. By installing a postal mailbox at the main employee entrance, the employer essentially high-jacked the process and gave a strong impression that it controlled the process. This dangerous and improper message employees destroys trust in the board’s processes and in the creditability of the election results.”

The ruling also determined that the online retailer had improperly “polled” workers as to their voting intensions during mandatory meetings held with Bessemer employees.

Amazon issued a statement to Bloomberg, the New York Times and other outlets indicating that employees always had a choice for whether to join a labor union, and they overwhelmingly chose not to in the Bessemer election. The statement further indicates that the NLRB ruling is disappointing, and as a company, the online retailer does not think that that labor unions are the best answer for employees.

During this year’s Black Friday shopping holiday, labor union activists in Germany and the United Kingdom called for slowdown actions. Activist actions continue at the providers four Staten Island New York facilities, while the Teamsters labor union has been active in attempts to have unionization elections in Canada, while declaration a new concentration effort among certain Amazon facilities and workers across the U.S..

A Bold Prediction Close at Hand

Dave Clark, the head of Amazon’s worldwide consumer business, and former worldwide operations head indicated to business broadcast network CNBC this week that the company is poised to become the largest U.S. parcel delivery services provider, either by the end of December or early next year, overtaking longstanding shipping rivals UPS and FedEx.

Specifically, Clark indicated to CNBC that: “I think we’ll probably be the largest package delivery carrier in the U.S. by the time we get to the end of the year, if not in early ’22.”

In a Supply Chain Matters blog published back in December 2019, we highlighted an estimate by Morgan Stanley indicating that Amazon Logistics was already delivering half of its own parcels in the U.S. for Prime and other customers in urban areas and: “will soon pass both UPS and FedEx in total volume.” Morgan Stanley’s data indicated at the time that Amazon was shipping at a rate of 2.5 billion parcels per year, compared to UPS’s volume of 4.7 billion parcels, and FedEx’s volumes of 3 billion parcels. The analysis estimated that based on a current growth rate of 68 percent CAGR, Morgan Stanley had viewed Amazon Logistics growing its potential volume rate to 6.5 billion packages per year in three years, or essentially the year 2022. Various estimates being cited by business media indicated that the online provider is currently delivering in a range of 56 percent to 66 percent of its own packages.

While it is great for executives to be able to boast accomplishments, Amazon encountered its own challenges in early 2020 when pandemic related online orders swamped the platform and exhausted necessary inventory and worker levels. To its credit, the online retail provider quickly pivoted, pushing in previously planned added capacity investments, aggressively investing in additional transportation and logistics abilities, and has not looked back since.

According to data published by The Wall Street Journal, since the end of 2019, Amazon has hired upwards of 670,000 workers with a global workforce not exceeding 1.4 million workers. During this same period, the provider’s customer fulfillment network has nearly doubled, and now operating more than 930 facilities across the U.S. alone.

Our Supply Chain Matters update published in late October highlighted data provided by Amazon on preparation plans for this ongoing holiday fulfillment period. An extensive bulleted listing outlines investments in added people, aircraft, ships and buildings, including the increasing of ports of entry globally by 50 percent. Noted is that this quarter’s air assets will include more than 85 aircraft, a surface transportation fleet of more than 50,000 trailers to haul freight globally and driven by tens of thousands of additional contracted drivers.

Clark indicated in this week’s interview with CNBC that: “These things don’t happen overnight. We’ve been building the logistics infrastructure, the technology platform that drives it, for two decades now, so we walked into the pandemic in a really good place.”

Indeed, investment is the key to transformation and Amazon’s deep financial cash resources have been the fuel for this transformation, resources that very few retailers can replicate.

Perhaps that is the takeaway message, how much more market influence and dominance can Amazon garner the next five years.