Airbus announced plans to trim its overall workforce by as many as 1164 positions in a new iteration of a corporate-wide restructuring initiative. These positions were described as support and office roles and the company hopes to make such cuts relying on voluntary departures, early retirements and relocations. Airbus currently employs upwards of 136,000 people globally. 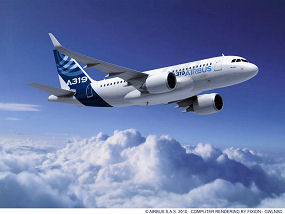 According to a report by the Financial Times, duplicate functions will be eliminated in research, communications, human resources and other group services.  The multi-nation firm further indicated that it would transfer 325 positions to complete the relocation of headquarters staff from former centers in Paris and Munich to Toulouse. The Associated Press quotes an Airbus spokesperson as indicating that 640 of the job cuts will be in France, 429 in Germany and the remainder in Britain and Spain.

Also announced is that 230 new positions would be created to help this aerospace manufacturer embrace digital technologies. As Supply Chain Matters highlighted in previous commentaries, Airbus is aggressively moving toward broader visibility and quicker decision-making related to its overall supply chain. Initiatives such as the Airbus Digital Control Room now serve as the heartbeat of its supply chain, providing a singular information and resolution control hub to manage issues occurring across the multitude of multi-tier suppliers that support Airbus’s production volumes. Other efforts related to digital supply chain and Internet-of-Things (IoT) enabled active devices are also underway.

Airbus CEO Tom Enders indicated that the restructuring would quicken overall decision-making, provide additional cost savings and narrow the profitability gap with rival Boeing. Airbus must develop a final plan with respective labor unions which is expected to occur by the middle of next year.

The current restructuring is part of a multi-year, shareholder backed initiative to reduce French, German and Spanish government involvement in company decision-making. Fabrice Bregier, who heads the commercial jetliner unit now serves in the role of chief operating officer that includes leadership responsibilities for overall supply chain efforts supporting both aircraft and other group activities.