The overall headline is that both Airbus and Boeing failed to deliver on their original milestones for 2018 commercial aircraft deliveries. Both aerospace manufacturers made extraordinary efforts in the final quarter to meet their declared full year delivery milestones amid continued supply network challenges. 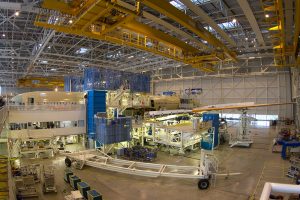 The challenge was especially focused in Airbus who experienced quite a number of component supply and new engine delivery challenges during the year. At mid-year, Airbus had to adjust its annual target downward from 816 to 800 aircraft deliveries because of the constraints provided by the two single-aisle neo version engine manufacturers. Last week, Bloomberg, citing knowledgeable sources, reported that Airbus would likely fall short of its annual 800 aircraft delivery goal. Obviously, persistence may have negated that report.

Airbus was able to achieve an 11 percent increase in total aircraft deliveries from the year earlier period setting a new annual record. In the formal announcement, Commercial Aircraft President Guillaume Faury specifically saluted global operation teams for all of the work dedicated thru the end of the year to achieve the revised delivery commitments.

Similarly, Boeing demonstrated an all-out effort to attempt to meet its full year milestones amid some reports last week that it was going to be very close.

Below we dive into the details.

European based Airbus delivered a total of 297 aircraft in Q4, quite a significant  increase of 97 aircraft from Q3’s quarterly performance. Further, by our analysis of the detailed reporting spreadsheet, upwards of 35 aircraft were delivered in the final week of December after the Christmas holiday.  These are classic signs that Airbus’s supply network ecosystem and company’s internal production teams performed extraordinary efforts to meet the annual deliveries milestone up until the final week of December.

The breakout of 2018 customer deliveries was as follows:

Airbus reported a total of 747 net new orders for all of 2018 compared with 1,109 reported in the prior year. The company managed to close several significant deals in the final quarter including orders for its newly acquired A220 aircraft family acquired from Bombardier. That is a concerning trend, one that likely reflects on overall pricing, senior leadership changes in commercial aircraft sales during the year, and growing concerns related to Airbus’s ability to consistently deliver on existing order backlog. On the positive, Airbus’s branding and supply chain ecosystem resources dedicated to the former C-Series aircraft has led to added momentum in inbound order flows.

At the end of 2018, backlog of commercial aircraft orders amounted to 7,577 aircraft, a 4 percent increase from that at the end of 2017. That would represent over nine years of backlog at current 2018 production volumes, a far more daunting challenge than rival Boeing.

In early October, the company announced that Guillaume Faury will take over as the aerospace manufacturer’s next chief executive in April of 2019.   Current CEO Tom Enders had previously indicated that he would not seek a renewal of his CEO contract. Faury had taken over leadership of the Commercial Aircraft business in February after a prior five-year stint for overseeing Airbus’s Helicopter business unit.

As noted in our last quarterly update, the current and future CEO must continue to deal with Airbus’s ongoing aircraft delivery and supply chain scale-up challenges, along with the potential implications of Brexit related to Airbus’s significant supply network presence in the United Kingdom.

Finally, to add more concern to the 2019 delivery challenge, various reports from German based web sites indicate that a major fire that occurred at fuselage supplier Premium Aerotec at the very end of December  could likely add to Airbus supply challenges. According to these reports, options are being evaluated to possibly move production to the supplier’s other facilities in Germany or Romania.

Rival Boeing reported total Q4 customer deliveries of 238 aircraft, compared to 138 aircraft delivered in Q3, again reflecting an all-out effort to achieve its stated annual delivery milestone.  This all-out effort fell short of the original annual target of between 810-815 deliveries for the calendar year. The shortfall appears to point toward both the 737 and 767 aircraft families and their original delivery goals for the year.

The breakout of year-to-date 2018 customer deliveries is as follows:

In Q1, Boeing began experiencing delays in the deliveries of CFM International LEAP engines used to power the 737 MAX model but managed to keep momentum of customer deliveries related to standard model 737 aircraft progressing until early Q3. In early September, reports surfaced regarding a growing number of partially completed parked aircraft due to either engine or aircraft component shortages. July deliveries for single-aisle aircraft were a mere 29 and later recovered to 46 deliveries in August and 55 in September. Thus, Boeing was able to respond very quickly to the disruption.

A further concern for Boeing centered on its military aircraft program and specifically the expected delivery of 24 modified 777 tankers to the U.S. Air Force that unfortunately did not occur in 2018. That reportedly place added pressures on the Commercial side to attempt to exceed its annual delivery milestones.

In late December, major supplier Spirit AeroSystems announced the signing of a Memorandum of Agreement (MOA) with Boeing to solidify pricing terms supplying a number of production programs including the 737, 777 and 787 aircraft families. The agreement reportedly includes investments in tooling and capital for 737 production rate increases and joint cost reduction programs for the 777X and 787 programs.

Total customer order backlog for Boeing at the end of 2018 was reported as 5951 aircraft. That again represents in excess of 7 years of backlog at current 2018 production volumes.

One particular problem for Boeing moving into 2019 is addressing customer concerns related to its new 737 MAX aircraft. The tragic October 2018 accident involving a Lion Air 737 MAX plunging into the sea killing 189 persons after experiencing a reported auto pilot or air speed indicator malfunction. Lion Air held the coveted customer launch designation for this new aircraft and has orders for a reported $22 billion, but the airline’s President as been openly vocal in his criticism of Boeing and a perception that aircraft manufacturer unfairly implicated the airline in the after effects of the accident. Bloomberg Businessweek reported in late December that the airline had drafted documents to cancel existing orders of the aircraft even though that would imply paying a steep financial penalty. Thus, Boeing will have to dedicate close attention towards assuring all existing and prospective customers of this particular aircraft model that the aircraft’s flying capabilities are safe with recommended safety and maintenance guidelines.

As The Wall Street Journal pointed out in its reporting, both manufacturers managed to deliver a combined 1,608 aircraft in 2018 compared to a combined 1,481 a year earlier, which is an 8 percent increase. But, that number had to be higher in order to sustain expected industry supply network scale-up needs.  The WSJ also reported that deliveries, rather than orders, have become more closely watched measure of performance, given the existing multi-year order backlogs for the industry. Once again, that reflects the critical importance of the industry supply network scale-up capabilities.

Compounding this ramp-up challenge remains the obvious weakest and complex link, that being the ability of aircraft engine suppliers’ to be able to support increasingly higher production volumes to both Airbus and Boeing and still attain desired financial margins. With General Electric remaining in a financial quagmire, forcing the sudden replacement of its CEO in September, and continued rumors that United Technologies, that parent of Pratt & Whitney may seek a corporate breakup, industry supply network scale-up remains a work-in-process that is likely to play-out for more months.