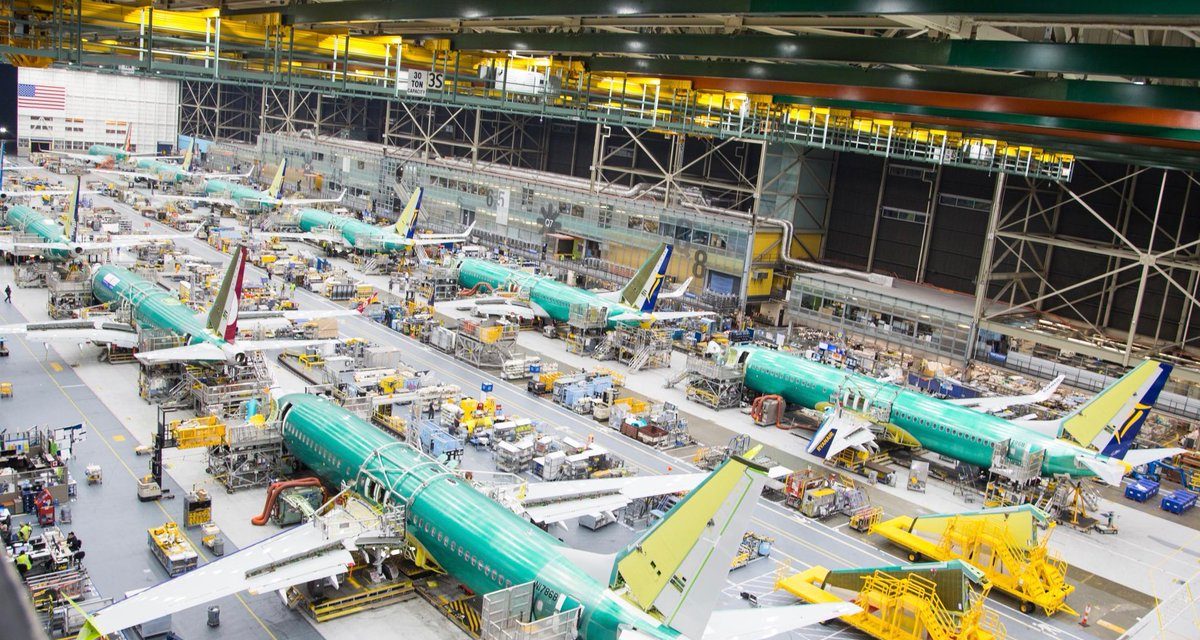 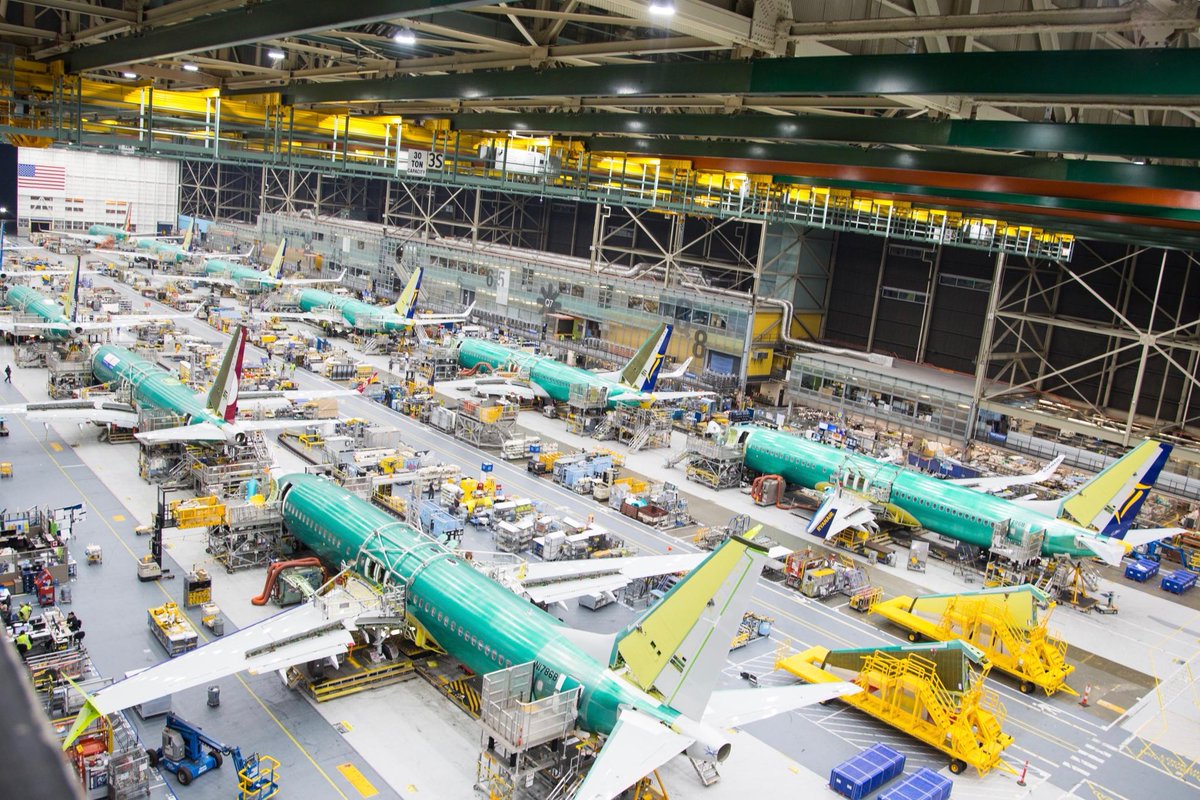 Both Airbus and Boeing have reported Q3-2018 operational performance and the numbers are improving from the start of the year. That stated, much more manufacturing and supply chain coordination work remains in scaling-up production volumes, particularly for Airbus. Boeing managed to recover from its own production setback that occurred earlier in the quarter.

European based Airbus delivered a total of 200 aircraft in Q3, and increase of 17 aircraft from Q2’s performance. Further, this past quarter was a considerably better performance than the 120 aircraft delivered in Q1.

The breakout of 2018 customer deliveries to-date is as follows:

Note: In Q3, Airbus began reporting deliveries of A220 single-aisle aircraft, the former Bombardier C-Series, acquired by Airbus. There were a total of 8 A220 aircraft delivered in Q3.

As was noted in our Q2 operational performance commentary, most all of the variation relates to single-aisle aircraft deliveries, and specially the A320/A321 neo series. Ongoing disruptions in the supply of both completed Pratt & Whitney GTF and CFM International LEAP engines to support monthly production requirements has been an ongoing challenge thus far in 2018.  A review of individual single-aisle monthly delivery numbers for each month in the Q3 quarter indicated July with the peak delivery of 65 single-aisle aircraft while August took a noticeable dip to 45 delivered aircraft. The September delivery of 54 aircraft would indicate the presence of continued constraints.

Airbus’s stated 2018 goal is to deliver 800 commercial aircraft in 2018 but has qualified that goal to indicate a dependence on engine manufacturers making their commitments.  With delivery performance now standing at a little over 500 aircraft thus far, the European producer has a steep challenge for the final quarter. Obviously, a lot of make-up effort remains, especially for the two narrow-aisle neo version engine producers.

Airbus operationalized a fourth single-aisle family final assembly line in Hamburg in mid-June. That facility is described as more flexible and includes the use of termed mobile tooling platform (MTP) that transports major aircraft sub-components with the assembly facility. Previous lines have fixed jigs for sub-section assemblies. The aircraft maker is also actively working on the feasibility of a fifth assembly line to be located insider the former A380 super jumbo maintenance hangar, also in Hamburg.

The above stated, Airbus must still aide and convince aircraft engine producers to make corresponding process automation and volume output improvements including added resources and capacity.

As of the end of Q3 Airbus reported total order backlog of 7383 aircraft, a net increase of 215 aircraft and the equivalent of 9 years of production at current manufacturing and supply chain output volume.

Airbus reported net new orders of commercial aircraft of 52 aircraft in the most recent quarter.  That number was considerably below the Q2 booking number of 193 aircraft.

The European aerospace manufacturer had replaced its chief salesperson twice this year and had announced a price increase in January.

In early October, the company announced that Guillaume Faury will take over as the aerospace manufacturer’s next chief executive in April of 2019.   Current CEO Tom Enders had previously indicated that he would not seek a renewal of his CEO contract. Faury had taken over leadership of the Commercial Aircraft business in February after a prior five-year stint for overseeing Airbus’s Helicopter business unit.

During the upcoming transition, the current and future CEO must continue to deal with Airbus’s ongoing aircraft delivery and supply chain scale-up challenges, along with the potential implications of Brexit related to Airbus’s significant supply network presence in the United Kingdom.

In Q1, Boeing began experiencing delays in the deliveries of CFM International LEAP engines used to power the 737 MAX model but managed to keep momentum of customer deliveries related to standard model 737 aircraft progressing until early Q3. In early September, reports surfaced regarding a growing number of partially completed parked aircraft due to either engine or aircraft component shortages. July deliveries for single-aisle aircraft were a mere 29 and later recovered to 46 deliveries in August and 55 in September. Thus, Boeing was able to respond very quickly to the disruption.

Boeing had previously indicated plans to boost single-aisle 737 production levels from 47 per month to 52 per month during 2018, and now after three full quarters of delivery performance, the numbers indicate the need for a more stepped-up efforts including working with key suppliers.   As we pointed out in  prior commentaries, 737 production slots are reportedly sold-out until the 2022-time period.

With one quarter remaining, Boeing seems in a much better position to achieve or exceed its overall 2018 aircraft delivery goal of in excess of 800 aircraft. Much will depend on flawless supplier performance in the final quarter.

Boeing reported Q3 net new orders to be a total of 189 aircraft, far more than that of Airbus.  Of that total, 137 aircraft orders, or 73 percent, were in the 737 single-aisle category.

Total customer orders backlog for Boeing through the end of September 2018 was reported as 5932 compared with 5876 aircraft orders reported at the end of Q2. That would represent almost 7 years of backlog at current production volumes.

As with both our prior Q1 and Q2  operational performance commentaries, commercial aircraft industry supply chains remain in a conundrum of multi-year order backlogs yet supply chain participants continue to be challenged with the need to ramp-up monthly production levels involving more technologically advanced components. The next three months will especially be critical since each of these commercial aircraft producers need to accomplish their promised delivery milestones to meet stockholder expectations. Of the two, Airbus is especially challenged and highly dependent on respective engine producers.

Compounding this ramp-up challenge is the obvious weakest and complex link, that being the ability of aircraft engine suppliers’ to be able to support higher production volumes and still attain desired financial margins. With General Electric remaining in a financial quagmire, forcing the sudden replacement of its CEO in September, and continued rumors that United Technologies, that parent of Pratt & Whitney may seek a corporate breakup, industry supply network scale-up remains a work-in-process that is likely to play-out for more months.