Mr. Gunst’s COO role will be assumed by Gerhard Oswald, executive board member in charge of services and support. Oswald is a 30 year veteran of SAP and has been a member of the senior executive board since 1996. He has a no nonsense style and has been managing one of SAP’s most sensitive business areas for many years. In my view, the announcement of Oswald as COO is add stability to SAP’s day-to-day operations while maintaining German home office control. Oswald has had significant success in streamlining global customer and support service processes, but interesting enough, was in the epicenter of the previous decision to increase customer software maintenance fees in the middle of one of the most severe economic recessions in recent time. The appointment is more likely to assure Waldorf-centered control in day-to-day operations.

The resignation of John Schwarz came with little surprise to this author. No doubt, Schwarz may have seen his next executive move as CEO of SAP, and with the announcement of the new co-CEO structure, that option was taken off the table for awhile. As noted in previous Supply Chain Matters commentary, business intelligence and specifically Business Objects had become the singular market messaging for SAP these past months, instead of SAP’s traditional core messaging related to industries and business process needs. The resignation of Schwarz may well be the first sign that SAP will need to seriously revisit its product innovation and go-to-market strategies. While the SAP press release includes a very gracious public statement by Schwarz, my assumption is that there will be additional executive fallout from the previous Business Objects ranks.

Also included in the recent executive changes is the elevation of Peter Lorenz as corporate officer, reporting to co-CEO Jim Hageman Snabe. Mr. Lorenz is the primary executive responsible for small and midsized business strategy including the turbulent SAP Business By Design suite, SAP Business One, and SAP Business All-In-One. His appointment for me is a sign that SAP is about to get rather serious in accountability for progress in this business application area. Supply chain and procurement capabilities are a rather critical component for SAP’s revamped Business by Design release.

For the time being, if you were previously frustrated in finding the right decision-makers at SAP for alliance, development or collaboration needs, your task has become even more complex as existing teams head for the “bunkers” to avoid tops-down organizational fallout and power shifts.

Yet another sign of the times in the current dynamic world of enterprise software.

COVID-19: The Condition is Flashing Urgent for Healthcare Supply Chain Prioritization Across the United States

The Supply Chain Matters Blog is Back: Oracle OpenWorld 2019 Attendance 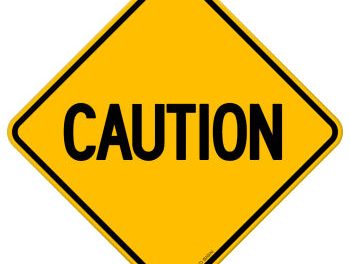