The Supply Chain Matters blog provides an update on Apple’s ongoing supply and product demand network risk mitigation efforts in the light of an escalating trade war involving the United States and China. 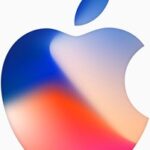 In a prior blog published in late June, we called attention to a published report by Nikkei Asian Review indicating that Apple requested major suppliers to evaluate the cost implications for shifting 15 to as much as 30 percent of production capacity from China to other Southeast Asia regions. Citing multiple informed sources, the publication indicated that even if United States and China trade tensions were temporarily resolved, there would be no turning back. The report specifically cited Apple iPhone contract manufacturing assemblers Foxconn, Pegatron, Wistron, along with MacBook producer Quantra Computer, AirPods producer Inventec, each being asked to evaluate alternative sourcing cost factors.

Now in the light of global financial markets now very concerned that the trade war among the U.S. and China is in fact escalating to unchartered dimensions, there are new indications that Apple’s contingency plans are indeed active.

An equity analyst, Ming-Chi-Kuo, who seems to have quite an active set of contacts across Apple’s hardware supply networks, has once again weighed-in on risk mitigation. The site MacRumors posted a commentary this week, citing Kuo, indicating that: Apple is Likely to Absorb Any U.S. Tariff Cost Increases on IPhone, iPad, and Mac.  However, there are important qualifiers.

Kuo concludes that Apple will adsorb additional tariff costs in the “mid-short term” while increasing its production capabilities in other parts of Asia to include Vietnam and India. The analyst estimates that production for iPhone, iPad and Apple Watch could meet market demand needs in 2020, but Mac computer production outside of China will no be achieved until 2021.

Acknowledging a potential negative impact on profits in the short-term, Kuo believes that Apple will reap benefits for its brand image and relationships with existing suppliers.

In the latest reporting of financial performance, Apple CEO Tim Cook was directly asked about the company’s plans to move production out of China. His answer essentially set aside any movement, indicating that parts come from everywhere across the globe. It was an obvious dodge, given that the leaders of both countries are likely placing a lot of pressure on Apple.

For the June ending quarter, Apple overcame a continuing weakening of iPhone sales with offsetting revenue increases across services and content. Sales of iPhones declined 12 percent in the quarter to just under $26 billion. According to reporting by The Wall Street Journal, Q2 was the first time since 2013 that iPhones did not account for the majority of Apple’s quarterly revenues.

What has become more of a concern among Apple’s investors is iPhone product demand levels across greater China, which declined 4 percent in the latest quarter. While that was an improvement from previous quarterly double-digit declines, it remains a concern.

With Q4 holiday focused production soon to start for the planned three new models of iPhones, Apple’s supply chain management teams will have to play a balancing act and at the same time, have supply chain risk mitigation actions in active mode.

As noted in a previous commentary, Apple is also dealing with executive departures from its hardware product design area, including Chief Design Officer, Jony Ive, who will be leaving the company to start his own design company.

A couple of weeks ago, Apple announced its intent to acquire  the majority of Intel’s smartphone modem business for $1 billion. The consumer electronics manufacturer will acquire intellectual property and equipment from Intel as well. The transaction is expected to close by Q4 of this year.

This acquisition implies that Apple will now have its own chip design capabilities for producing its own 5G modems for planned new models of iPhones, rather than having to rely on chip supplier Qualcomm. Apple and Qualcomm have had a rocky relationship that included a hard-fought legal battle over product royalty charges. In April, both companies agreed to a negotiated six-year patent licensing agreement going forward.

The Intel modem design acquisition provides the consumer electronics manufacturer with the in-house design resources to be able to differentiate 5G modem capabilities in line with its own development timetables. There are also the savings on patent royalties that likely made the acquisition price rather attractive. Currently, the Apple iPhone XS utilizes an Intel designed modem, whereas other models utilize a Qualcomm design. A Wall Street Journal Heard on the Street column characterized the acquisition as a “no-brainer.”