A Supply Chain in Turmoil- What’s Ahead for PC’s

The following commentary can be viewed and commented upon on the Supply Chain Expert Community web site.

In a little over a week, significant announcements have precipitated large amounts of uncertainty among PC related supply chains. The speculation continues as to whether the high tech and consumer electronics industry supply chain will undergo a different equilibrium of changes in the months ahead.

The first was the bomb thrown by Hewlett Packard announcing its intent to spin-off its Personal Systems Group (PSG). The other, of course, was the announcement by Steve Jobs of Apple indicating that he was relinquishing his CEO position to Tim Cook. Perhaps unnoticed in the shadow of the other two was the announcement from Taiwan based PC manufacturer Acer that it experienced its first quarterly loss in the company’s history, and that it was highly unlikely that the company would break-even for the full year.

The HP announcement was the most significant because it raises questions as to whether the PC industry has seen its best days and will be subsumed by product demand for tablets and smartphones as the new wave of mobile computing.  HP, by its sudden announcement, in essence sent a signal that it was shedding a significant revenue source as well as well as high tech component volume buying leverage to explore more strategic options in business software and services.  It was, by our view, a statement of financial engineering vs. value or supply chain reengineering, swapping lower margin for higher margin business.

Acer, another force in the PC global markets, with its unprecedented quarterly loss, sent another message of uncertainty as to long-term industry growth.  Acer has admittedly had some senior management problems with the controversial departure of its CEO in April, which was speculated to be over business strategy disagreements. Chairman and acting CEO J.T Wang indicated at an investor conference that the recent quarter was a “correction period” and its loss was worse than expected because of a $150 million write-off of excessive inventory in Europe. Asia based financial analysts now speculate whether Acer has lost market momentum.

Last Friday, an article in the Wall Street Journal, Asian Tech Firms Brace for New Landscape (paid subscription or metered view required) speculated that some of the biggest effects of Steve Jobs resignation are likely to be felt by Asian suppliers and PC competitors. The article cites industry analysts concerned as to whether suppliers such as Wintek Corp. and Hon Hai Precision Industry Co. will experience a void in the creative product forces precipitated by Steve Jobs departure. Noted was that Steve Jobs was the catalyst for sweeping change in the smartphone and tablet segments. Not surprisingly, stock prices of multiple contract manufacturers have dropped since the announcement. Also noted in the WSJ article was that any future falloff in Apple’s marketing or product innovation prowess could spell opportunity for competitors such as HTC Corporation, Samsung Electronics and LG Electronics.

In our view, we do not anticipate any significant loss of momentum for Apple. As we noted in our Supply Chain Matters initial commentary relative to the Steve Jobs announcement, we view Apple as being in the catbird seat.  After all, which company was the primary catalyst for the current PC industry disruption with its announcement of the iPad? Most of the world now knows that Apple’s new CEO, Tim Cook is the mastermind behind Apple’s current world class and enviable supply chain capabilities. Apple remains  numero uno on anyone’s ranking of the best global supply chain for capabilities in product innovation, strategic procurement, fulfillment and B2C retailing.

However, the rest of the PC industry and its associated supply chains could see a changed landscape over the coming months.  What if one of the current value chain vertical players, one that supplies both PC and tablet components, makes a move for HP’s PC business? That would send a clear sign of longer-term vertical integration of the high tech supply chain.

Which of the existing players will benefit from consumer uncertainties over the long-term direction of HP?  Will it be Acer? Dell? Lenovo? Some other company?

In the course of a week, a series of cascading announcements has turned the entire industry into turmoil.  Meanwhile, existing teams need to move forward with innovation, ship product and deal with a very uncertain global economy.

That’s why we love the high tech industry. In just a week, the equilibrium of the supply chain presents a whole different set of circumstances and outlook. Very few industries can deal with this level of change. 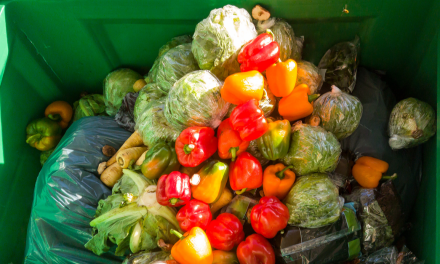