In 2011, this analyst began to share observations on a growing reality of a changed model of outsourced contract manufacturing services (CMS).  The following two postings provide some specific evidence that this shift is now underway and involves multiple industry sectors. We begin with commentary related to automotive industry supply chain strategy.

Product strategy change within the automotive industry is now underway, and will continue to involve industry disruptors.

Looking back, initial reports of high tech and consumer electronics Apple potentially entering the electric car business came to speculation light in early 2015. In a Supply Chain Matters commentary published in February of that year, we called attention to published reports by both the Financial Times and The Wall Street Journal indicating that Apple was working on a secret research lab possibly directed at developing a concept electric car.  According to the reports at that time, the code name “Project Titan” was assigned to the effort and hundreds of automotive engineers were recruited. Apple, of course, has declined comment to any of these publications.

Since that time, business media has reported that the effort shifted its product development strategy away from internal development of an electric vehicle and more towards a potential autonomous electric self-driving vehicle that could rival that of Tesla. Once more, information leaks indicated that without a definitive deliverable, Project Titan was waning, leading to informed sources indications of layoffs and talent exits occuring within the Project Titan team this summer.

A recent new report from the Financial Times cited informed sources as indicating that the consumer electronics giant was in talks to potentially acquire luxury sports car manufacturer McLaren.  Both companies have been quick to deny the occurrence of such talks.

As our readers are aware, manufacturing an automobile is enormously expensive with a single plant costing upwards of well over $1 billion. Thus, it was of little surprise that in 2015, Apple was already investigating existing contract manufacturing options. The February 2015 WSJ report specifically cited Canadian based contract manufacturer Magna International as an option and reported that that Apple executives had flown to Austria to meet with the Magna Steyr unit of the Canadian based auto parts supplier.

In the latest edition of Bloomberg Businessweek, a report titled: The Foxconn of the Auto Industry, indicates that Magna has taken more proactive actions to position itself as the contract manufacturer of choice for self-driving vehicles. The premise is that if Apple, Google, Uber or other technology focused firms want to manufacture a self-driving vehicle than Magna may well remain as the first step as the design and manufacturing outsourcing option, freeing up resources of the automotive or transportation services provider to concentrate on a software and managed services business model.

According to this Bloomberg report, CEO Don Walker has initiated plans for Magna to be the one-stop option. Walker has tasked his Chief Technology Officer to establish an effort across Magna’s various component divisions to develop an autonomous self-driving vehicle capable of transporting four to five people within the next two years. A noted strategy shift is that rather than waiting for a customer to engage with Magna to respond to certain design specifications, Magna will instead provide a vision and capability for where the transportation market is headed, and a pre-designed Magna product platform that can be leveraged for more responsive time-to-market entry into the market.

The premise of this new strategy is twofold.  First, there is a belief that in the coming five years, the core of product design expertise and IP for hybrid or electric powered self-driving vehicles will rest in software and services, rather than automotive component design such as bodies, engines and transmissions. Second, the contract manufacturing industry itself is moving more towards a one-stop shop for product design as well as more automated manufacturing processes including additive manufacturing techniques. Such a shift allows contract manufacturers to broaden their margins while increasing a presence up and down the automotive value-chain.

As Bloomberg, other business media, and we at Supply Chain Matters continually point out, Tesla, after reaping the benefits of thousands of consumers providing up-front deposits to secure a slot for the new Model 3, must now figure out a supply chain wide scaling process to internally manufacture this new vehicle in sufficient volumes to meet customer delivery and product margin expectations.

Magna on the other hand has a premise that industry disruptors will pursue an asset-light strategy, preferring to outsource physical component design and final assembly to a competent and trusted contract manufacturer.

Magna already has relationships with BMW, Land Rover and Mercedes for the outsourcing of model production. As noted in the report, Magna has been producing the Mercedes Benz G-Class vehicle for decades., and has now brought on BMW. This latest Bloomberg report further indicates that Magna has assigned nearly a dozen engineers to work with the Apple team in Sunnyvale California in vehicle development.

As noted, the contract manufacturing model is now quickly changing placing more responsibility for product and supply chain network design with the contract manufacturer. We will all likely observe the consequences of this new model in the not too distant future and it will involve many more industries and products.

Toshiba is the Latest to Target Increased Manufacturing Outsourcing 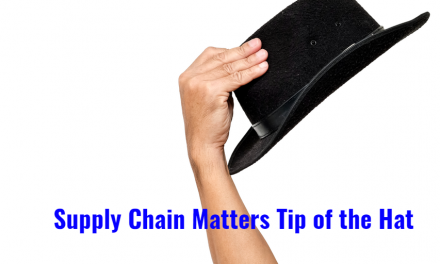