Posted by ferrariadmin | Oct 9, 2013 | Procurement and Sourcing, Transportation and Logistics | 0 |

Earlier this week, an Opinion column published in the Wall Street Journal was titled “A Tired Pilot Is a Tired Pilot, Regardless of the Plane”. It was jointly penned by the now famous Chesley ‘Sully’ Sullenberger, who piloted a US Airways A350 aircraft to successfully land in New York’s Hudson River saving the lives of passengers, and Jim Hall, former chairmen of the U.S. National Transportation Safety Board (NTSB).

The authors alone caught our eye, but the messages delivered should catch the eye of our supply chain focused reader community as well.

In this editorial, the authors bring to light the current dangers imposed by fatigued pilots. While the U.S. Federal Aviation Administration (FAA) will soon implement long-overdue fatigue standards for pilots for the passenger airlines, these requirements will apparently not apply to pilots of cargo planes. The premise of these distinguished authors is that by excluding cargo pilots, who often fly continuous long inter-continental routes, the mission for making safety the first priority for aviation is compromised.  Their most powerful argument: “Whether there are packages or people behind the cockpit door, pilot fatigue exists just the same. And it threatens the lives of pilots and bystanders on the ground alike.”

They argue with reason that the jobs of cargo pilots can be even more tiring than flying a passenger plane, given the tendencies of long overnight flights and the crossing of multiple crossing of time zones. We would add the additional responsibilities of hauling potentially hazardous cargoes and schedule adherence regardless of marginal weather conditions. They remind readers of the recent UPS air cargo accident on approach to Birmingham Alabama that took the lives of both pilots and could have easily resulted in crashing into a nearby populated neighborhood. A further reminder was the 1992 crash of cargo jet near Amsterdam that killed four persons on the plane and 43 on the ground. They question why the FAA cites that a pilot fatigue rule would prevent only one cargo airplane crash in a ten year period, and argue that carriers such as UPS carry insurance coverage of $1.5 billion for a single cargo aircraft accident because of the value of the cargo and the potential deaths of people on the ground, not to mention damage to ground- based facilities.

Obviously, global air cargo carriers have counter-arguments, the most prominent of which would boil down to added regulation drives increased operational costs for carriers and air cargo rates for shippers.  They would further remind shippers that adequate carrier policies and safeguards exist to manage pilot fatigue.

However, it would seem that recent evidence warrants a revised perspective from all of the parties involved.  The potential for added costs and increased rates should perhaps be balanced with factors for protecting the lives of cargo pilots and the probability of destroyed critical shipments for manufacturers, retailers and businesses.

Image for a moment if a cargo plane fully loaded with Apple smartphones, or with a large shipment of lithium ion batteries were to have a major accident due to pilot fatigue.

It often seems that calls for safety regulation are often more a politically-driven process.  Current headlines concerning the 8th day of the U.S. government shutdown are an acute reminder of the current toxic gridlock environment in Washington.  It is time to move on to a host of other needs including addressing overworked and unrested air cargo pilots, as well as other transportation related employees.

What’s your view?  Are fatigued pilots a concern individually or for your organization? 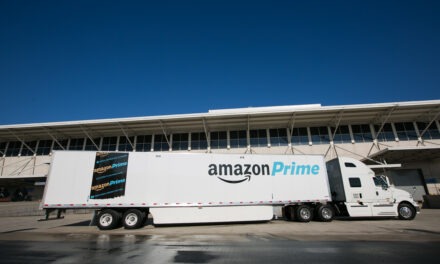