In mid-October, Supply Chain Matters called attention to what commercial aviation participants and industry observers characterized as a stunning announcement. What some in the industry termed as the “deal of the century,” Airbus agreed to acquire a majority stake in in Bombardier Aerospace’s C-Series aircraft program, throwing both a lifeline to the Canadian-based aircraft manufacturer as well as adding its far larger procurement and supply chain resource management influence to the program.

In late September, we updated readers on the implications of a U.S. trade ruling involving Bombardier and Boeing.  The United States Commerce Department ruled in favor of a direct compliant from Boeing alleging that a prior $5.5 billion sale of 75 regional C-Series jets to U.S, based Delta Airlines had benefited from unfair subsidies provided by the governments of Canada and the United Kingdom, even though Boeing had no recognized direct competitive offering in the U.S. market. As a result, U.S. trade officials indicated they planned to institute a 220 percent tariff to the cost of new C-Series aircraft sold to airlines in the United States.

With its deal with Bombardier, Airbus offered to make its existing Mobile Alabama aircraft assembly facility available for assembly of completed C-Series aircraft if the International Trade Commission were to finally rule in 2018 that material damage was done to Boeing as alleged. The Mobile option is a means to work around the proposed 220 percent duty that the U.S. government was proposing and would likely allow Bombardier an option to deliver Delta Airlines its 75 C-Series aircraft order from a U.S. based assembly facility.

This past week, additional likely repercussions of Boeing’s actions have taken place.

The government of Canada announced that it is looking to purchase an interim fleet of used F-18 fighter jets from Australia until it can replace its own ageing CF-18s fighter jets. Boeing had been proposing a deal for 18 new Super Hornet fighter jets.

In what industry insiders characterized as a hotly contested deal, Delta Airlines and Airbus jointly announced a firm order for 100 Airbus A321neo aircraft with an option to acquire an additional 100 of the new aircraft. The order was valued at $12.7 billion at list prices, w 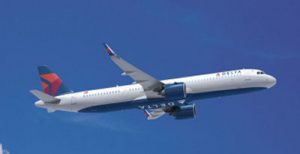 hich airlines rarely pay with such an order. Delta announced a corresponding order with Pratt & Whitney to acquire the new geared-turbo fan (GTF) aircraft engines that power the neo version of the A321. According to Airbus, a significant number of the new aircraft will be produced at its Mobile Alabama facility with deliveries spanning 2020 to 2023. Boeing’s 737 MAX was in consideration for this same order.

By taking its overt trade action, it would appear that Boeing squandered the opportunity that Airbus executed, the opportunity to be able to directly market and offer an attractive, fuel-efficient aircraft offering for regional airline customers. The risk further included obvious soured residual relationships with both Canadian and U.K. government officials, and likely Delta Airlines as well.  That has now spilled over to the loss of lucrative new orders of military and commercial aircraft.

A beneficiary of all of these dynamics has been Airbus’s relatively new Mobile Alabama production facility which can look forward to building a respectable volume of new Airbus A320/A321 and Bombardier C-Series aircraft for U.S. based airlines and operators.

Reports of Worker Violence at Apple iPhone Factory in India