In this installment, we dive into 2018 Prediction Six: Make America Great and Changing Global Trade Policies Will Provide a Challenging Tactical and Strategic Landscape for U.S. Manufacturers. 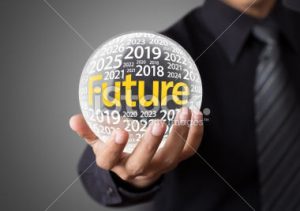 In 2017 we predicted that major developments surrounding global trade policies would occupy the attention of many industry supply chain strategists. The ascendency of President Donald Trump and the subsequent series of actions related to a Make America Great political agenda have added lots of uncertainties as to current global trade policies and practices. Fortunately, our most dire predictions did not occur in 2017 but 2018 provides another year of more added uncertainties.

Heightened trade tensions continue in a current environment of better than expected global economic expansion. That can lead to heads-down complacency for industry supply chains to just go with the flow. The open question is whether another shoe will fall, whether that be ever more heightened tensions concerning North Korea’s nuclear intentions, the ultimate result of the Brexit and NAFTA negotiations, increased local trade provisions across the European Union, or which countries assume de-facto leadership in reconstituted Trans Pacific Partnership trade policies.

For these reasons, we are predicting that the Make America Great agenda opens the real possibilities of changed trade policies and that will provide a challenging tactical and strategic landscape for both U.S. and global-based manufacturers, retailers, and supply chain services providers in 2018.

Experienced trade negotiators and political observers often point out that multi-lateral trade deals are more about achieving painful compromises while attempting to protect domestic industry interests. Yet, the ongoing negotiations to a reconstituted NAFTA continue to reflect a U.S. stance of a zero-sum, win-lose stance that could well drive major impacts to specific industry supply chains if NAFTA trade talks were to collapse in 2018.

As we pen this deep-dive blog commentary, the sixth and likely most critical round of NAFTA trade talks will commence this week. To-date, only two of the total of 22 chapters for negotiation topics have been resolved and the political calendar for any resolution is drawing close with the Presidential election cycle in Mexico kicking-off. The clamor from U.S. based automakers, farmers, apparel, and consumer goods producers for the U. S. to take a more realistic approach continue to grow louder and so are the risks that walking away without any agreement will have tactical and strategic consequences. Some argue that the course has already been set for U.S. withdrawal.

The implication is that rather than a revised NAFTA trade pact in-effect by the latter-half of 2018, businesses and their associated supply chains face significant uncertainties as to financial and bottom-line impacts. The Trump Administration and the U.S. Congress could evoke a six-month notification period of NAFTA withdrawal, or the Congress could elect to step-in and delay the withdrawal. Each scenario adds significant uncertainty for businesses and industry supply chains and begs the question of how and when to respond before impacts become more harmful to business interests.

Since we initially published our prediction, Fiat Chrysler Automobiles announced in mid-January that the manufacturer would invest $1 billion to move existing production of Ram branded heavy duty trucks from Saltillo Mexico to an existing manufacturing plant in Warren, Michigan. The stated reason was to lower the auto maker’s exposure to potential changes in NAFTA policies. We suspect there will be other industry announcements in the coming weeks and months. Likewise, U.S. based farmers and commodity food distributers and manufacturers have become increasingly concerned about NATFA outcomes, along with the uncertainties that a lack of an agreement can bring to food supply chains and markets.

Recent actions from the Trump Administration directed at China are also fueling concerns for a major escalation in trade conflict that has implications for multi-industry supply chains.

The Trump Administration, along with the European Union are pursuing an agenda of hardball trade relationships with China, resulting in a reluctance to support China’s petition that it be treated as a “market economy” under WTO global trading rules.

The U.S. has further declared specific objections to China’s export policies with steel, aluminum, and other products. A December 2017 editorial column by The Wall Street Journal observed that dumping allegations usually start when a specific company petitions the government, but the latest actions by the U.S. Commerce Department are self-initiated reprisal actions.  In the case of aluminum, the Commerce Department imposed duties of 97 percent to 162 percent on Chinese produced aluminum foil, and the agency was investigating further actions related common alloy aluminum sheets used in autos, construction, and home appliances. The implication is that a country branded as a “nonmarket economy” can be subject on higher duties on that country’s exports. For its part, China’s leaders have indicated that Beijing will take all necessary measures to protect the legitimate benefits of China’s manufacturers.

These actions are likely to lead to more heightened trade tensions among nations trading with China and the United States, with any corresponding retaliatory trade actions impacting industry supply chains in the coming months. The significance and influence of China’s manufacturing base serving as core capability of certain industry product value-chains, in a retaliatory trade environment cannot be underestimated as to its potential impact.

Meanwhile, China’s ongoing Silk Road initiatives directed at physically linking China with Asia, India, the Middle East, Eastern Europe, and Russia, continues to benefit from increased investment and supply chain interest levels. In 2018, the Silk Road will begin to be supplemented by a digital dimension with coverage of a satellite-navigation system connecting the upwards of 60 countries. What China has branded as BeiDou, or Big Dipper, a planned $25 billion investment in a network of nearly 30 satellites that will beam GPS data to Silk Road participants. The Economist characterized this effort as “connecting the unconnected” and delivering digital services to countries with limited access to the Internet.

Brexit Yes or No

With time becoming critically important to meet the March 2019 deadline for Britain’s full exit from the European Union, there is growing skepticism that a new trade pact can be negotiated, outlined, and ratified by all EU nations by the early 2019 deadline. There further remains discord within political factions in London, Northern Ireland, and the rest of the U.K. as to what these negotiations ultimately lead to in trade practices, regulations, and customs practices.

Currency, potential for added tariffs, labor and/or taxation provisions are prominent as is a sense of whether there will ultimately be a soft or hard exit. Domestic manufacturers will likewise continue to face difficult supply chain sourcing decisions in the midst of uncertain policy related to tariff structures with the EU and other countries.

President Trump’s decision to walk-away from the Trans Pacific Partnership (TPP) has industry supply chain consequences as-well. Efforts are now underway to reconstitute TPP without the U.S. and with the potential of either the Eurozone or China becoming the dominant longer-term influencers of this trade pact.

In November 2017, under the active leadership of Japan, a reconstituted trade alliance, termed as the Comprehensive and Progressive Agreement for the Trans-Pacific Partnership or CPTPP, consisting of potentially 11 global nations began to take hold. Ministers from these nations issued a joint-statement indicating they had agreed on core principles.

The revised CPTPP has dropped the 20 prior U.S. provisions such as increased intellectual property protections for pharmaceutical, drug, software, and high-tech products and for expanded access for U.S. logistics and transportation firms such as FedEx and UPS. U.S. exporters will likely be unable to take advantage of proposed lower tariffs on thousands of products if member countries ratify the revised pact.

Participants in this revised alliance include Canada and Mexico, which adds more complication to NAFTA negotiations. Other countries that are being urged to join are Indonesia, the Philippines, South Korea, Thailand as well as India and China. The latter in-essence negating the original goals of the former Obama Administration’s “Pivot Toward Asia” strategic defense and global trade strategy.

While the CPTPP is noted as still far from a completed trade pact, ratification of such an agreement, most likely in late 2018, will place U.S. manufacturers at a distinct disadvantage to CPTPP members for doing business in Asia. That will be a compelling setback for growing international revenues.

While unfettered global trade remains the stated principle of the 28 countries that make-up the European Union, voter concerns that free trade has jeopardized domestic industries and jobs has led to a series of new measures that favor local producers or modify trade practices in favor of individual country markets or labor pools. The implication is that multinational companies and their associated supply chains, that fostered business strategies for selling and distributed of standardized products across the EU are now running into localized country-by-country exceptions. Examples are new food labeling and origin certification requirements in France and Italy or a German requirement that plumbing products contain only alloys authorized by the German government. Such variances directly impact product verification, selling and distribution strategies and could likely become more complicated in the months to come.

For all the above, International Sourcing and Supply Management strategy assessment will remain a key competency in 2018.

Supply Chain Matters readers can download our full 32-page 2018 predictions report via our Research Center functionality. All that is required is basic registration information.

Ongoing Lessons for the Journey Toward Integrated Customer Response Networks